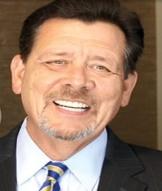 Tom Langer is the Principal of Atlantic Security Advisors, LLC, a consultancy in the broad spectrum of industrial security, risk mitigation and leadership development.

From 1980 until 1999, Tom held a series of leadership, program and management positions within the security department of Lockheed Sanders, involving areas such as classification management, information security, facility security and investigations. Tom served as a sworn officer of the Manchester Police Department in Manchester, NH from 1977 until beginning his security career with Sanders.

Tom received his Bachelor of Science degree in Criminal Justice from St. Anselm College in Manchester, New Hampshire, and his Certified Protection Professional from ASIS International.

Tom served as a member of the Board of Directors and President of ASIS International and was previously chairperson of the Aerospace Industries Association’s Industrial Security Committee and a member of the National Industrial Security Program Policy Advisory Committee of the Information Security Oversight Office within the National Archives. Tom was one of four panel members of Secretary Gate’s 2008 Defense Security Service Future Study Group that recommended modernization to the structure of the agency and their mission.