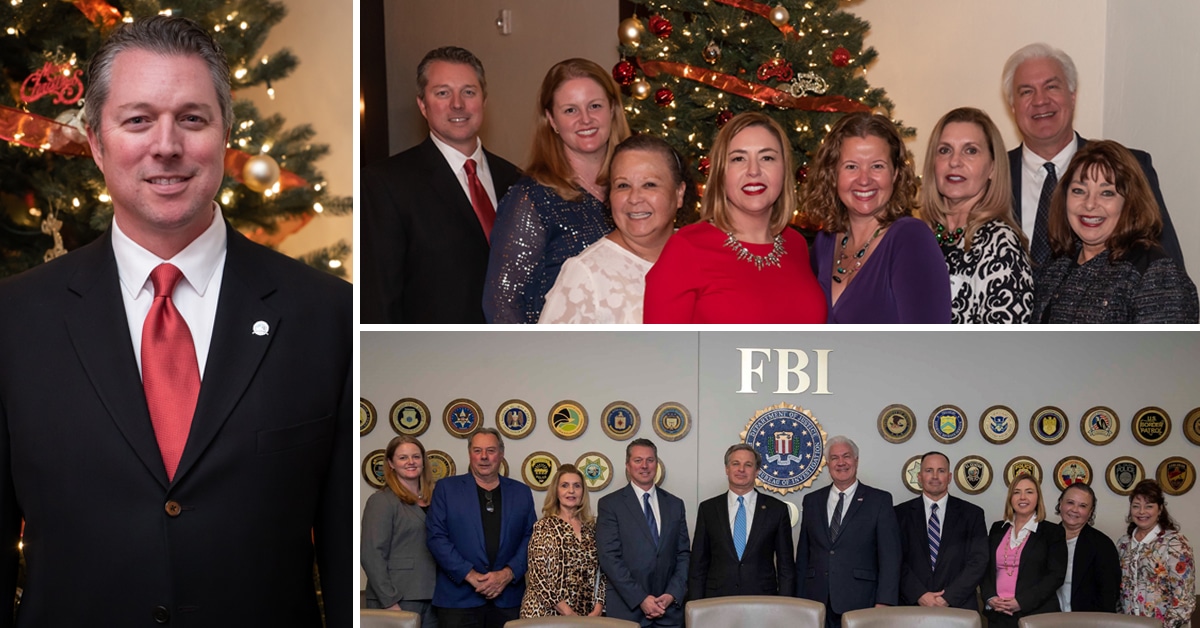 Michael Struttmann, CEO of SIMS Software, has been re-elected to serve his second term on the FBI San Diego Citizens Academy Alumni Association (FBISDCAA) board of directors. As one of the FBI’s key outreach programs, the Citizens Academy fosters a greater understanding of the role of federal law enforcement in the community through discussion and education. Business, religious, civic and community leaders are nominated to participate in a 6-8 week program and gain an inside look at the FBI. Mr. Struttmann graduated from Citizens Academy in 2016 and was subsequently elected for his first two-year term on the board. His new term will run from 2019-2020.

The FBISDCAAA board also had an invaluable opportunity to sit down with FBI Director Christopher Wray in the fall of 2018. The discussion focused on the FBI’s continued dedication to private sector partnership and engagement, and how organizations like the FBISDCAAA contribute significantly to that effort.